A Sunday Afternoon in the Park

Had a weekend off this weekend.  Saturdays engagement shoot was postponed until next weekend due to the gale force winds and torrential rain (not overly romantic weather really) so the day was spent at home with the kids.  After a lazy Sunday morning, the weather cleared up and we needed to get out of the house!  We grabbed Isabelle’s bike and obviously I grabbed my camera and we headed out to Cranford Park.

It’s a strange little place literally off junction 3 of the M4 that you would probably never notice until someone points it out.  It turned out to be a really pretty little park with a lovely old church, some walled gardens, loads of open fields and a play park for the kids.  Isabelle had a ride on her bike, then one of the stabilisers broke so we had to take them off and she rode on her own without them (although very insistent I ran along with her!)  Followed this by a play in the park in some gorgeous late afternoon autumn sunlight – when the weather is good I really love this time of year! 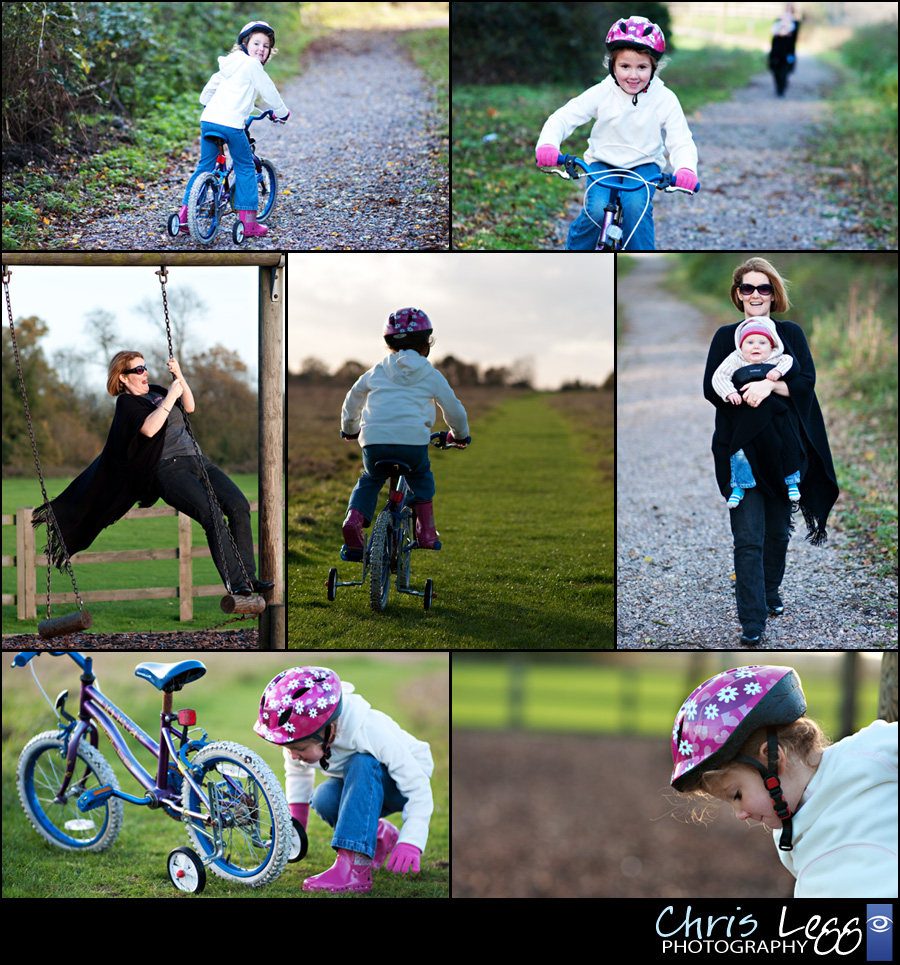