After I had visited the Olympic Park during the Sainsburys School Games a couple of months ago I was very eager to go back and see the Athletics Stadium and to explore further when I wasn’t responsible for a group of 7 and 8 year old children. When my father in law then said he was able to get hold of tickets to the first morning of the Athletics and did I want one, the answer was pretty obvious!

After a very early start and some pretty packed trains, it was great to see the Olympic Park in its completed glory. The queues to get in moved rapidly and soon were were crossing the bridge to the Athletics Stadium. The scale of the Stadium was incredibly impressive, and the fact it was packed to the rafters for the first set of athletic heats even more so. As with the cycling, the roar of the crowds were quite deafening, especially when Jessica Ennis appeared from the tunnel for her 100m hurdles heat for the heptathlon. We also got to see womens triple jump, Dai Greene in his 400m hurdles qualifying rounds, shot put and mens 3000m steeplechase heats. There was a brief downpour in the middle of the morning, during which I felt pretty sorry for the poor marshalls sat out by the track. We were luckily just under the cover of the upper tier of the stadium so stayed dry!

By the time the athletics had finished the sun was out in full force and it was a great chance to go and explore some more of the olympic park with over 200,000 other people! The whole place was amazing, from the huge crowds watching the events on the screens in the Live Park, to the incredible temporary structure of the basketball court and the huge sweeping curves of the velodrome and the aquatics centre. It made me very proud to be British. 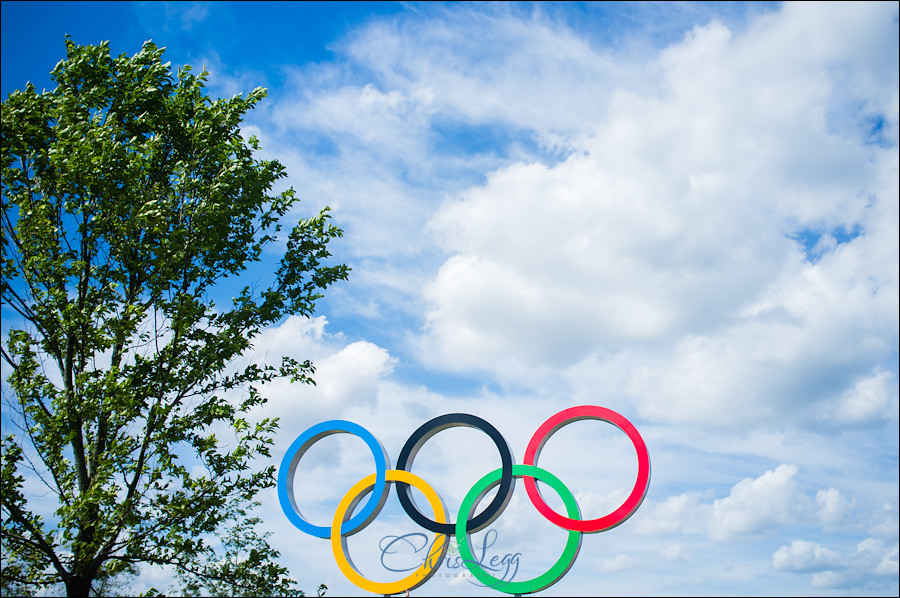 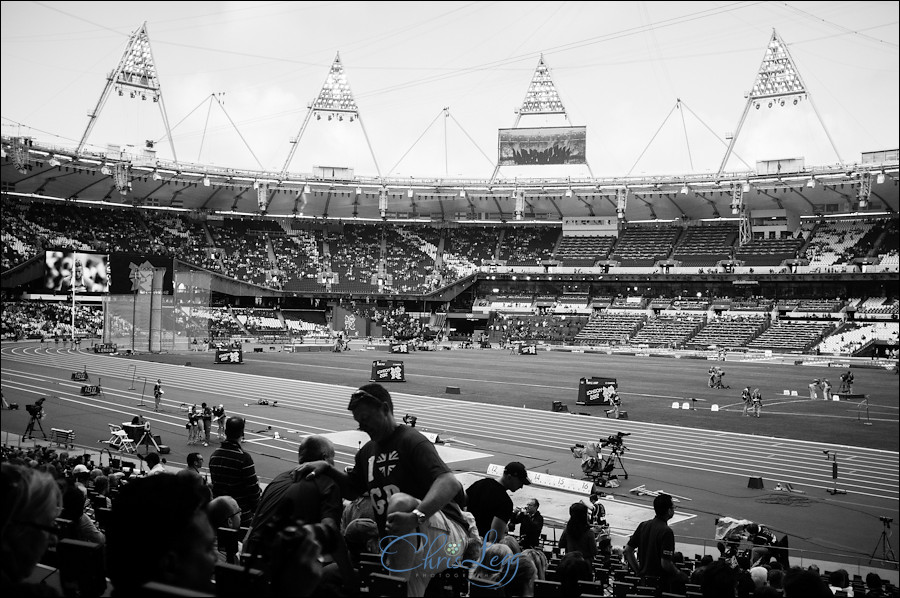 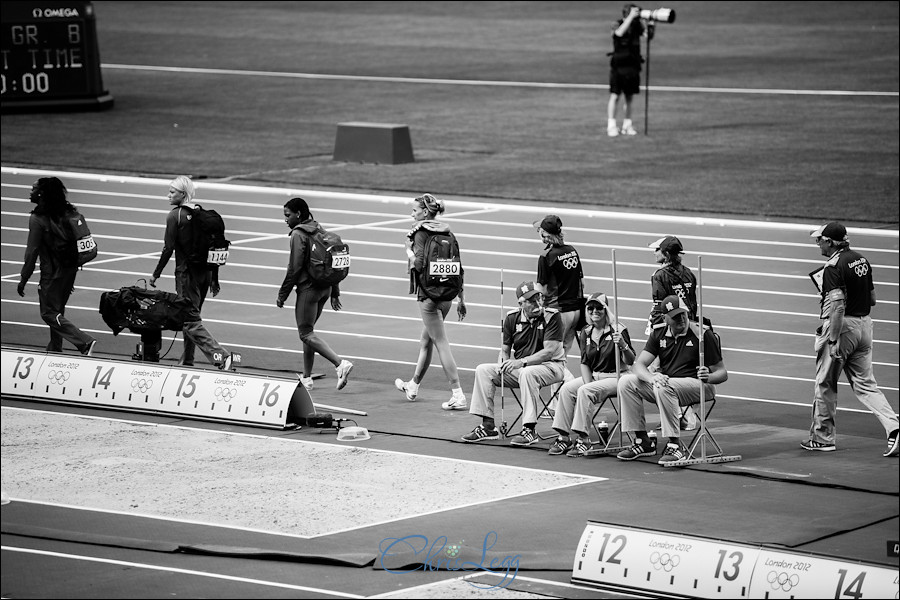 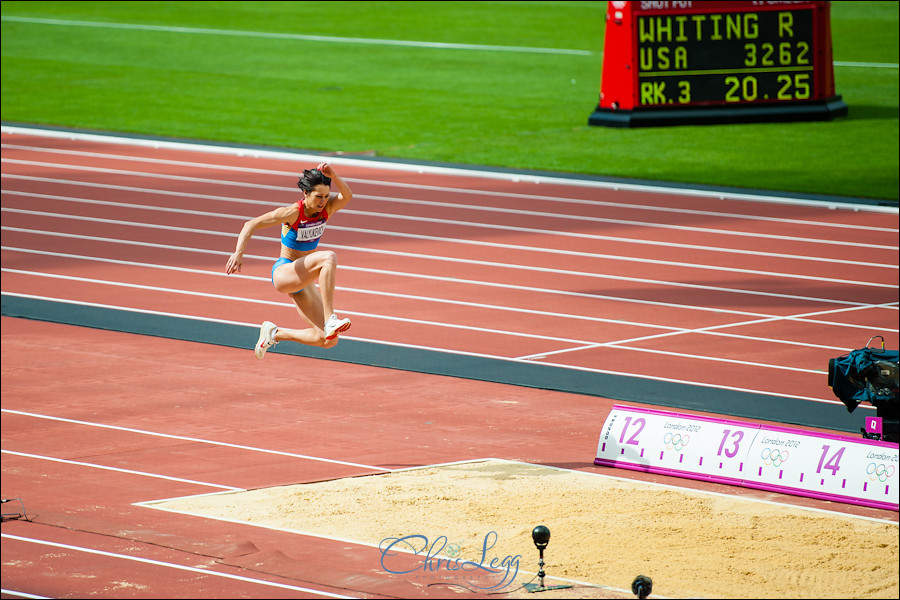 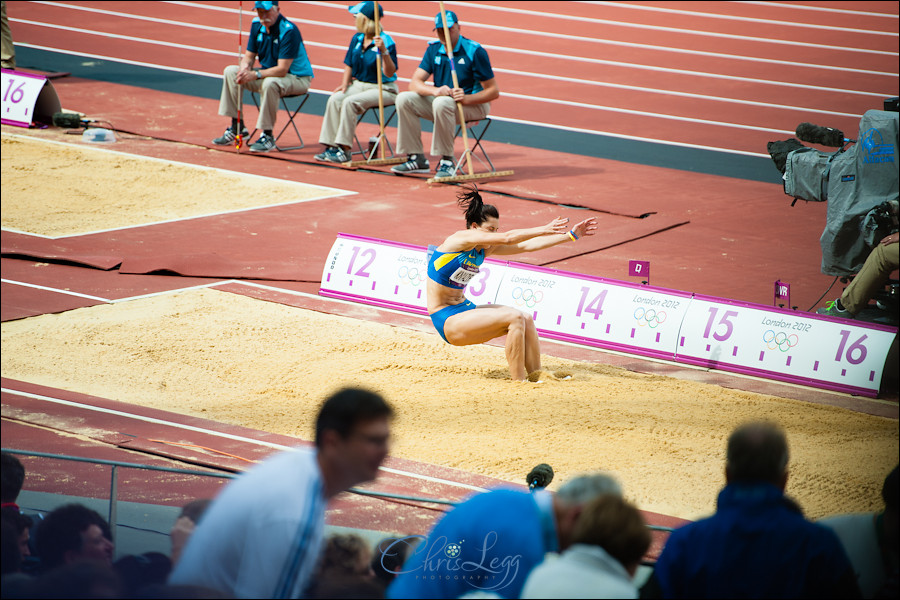 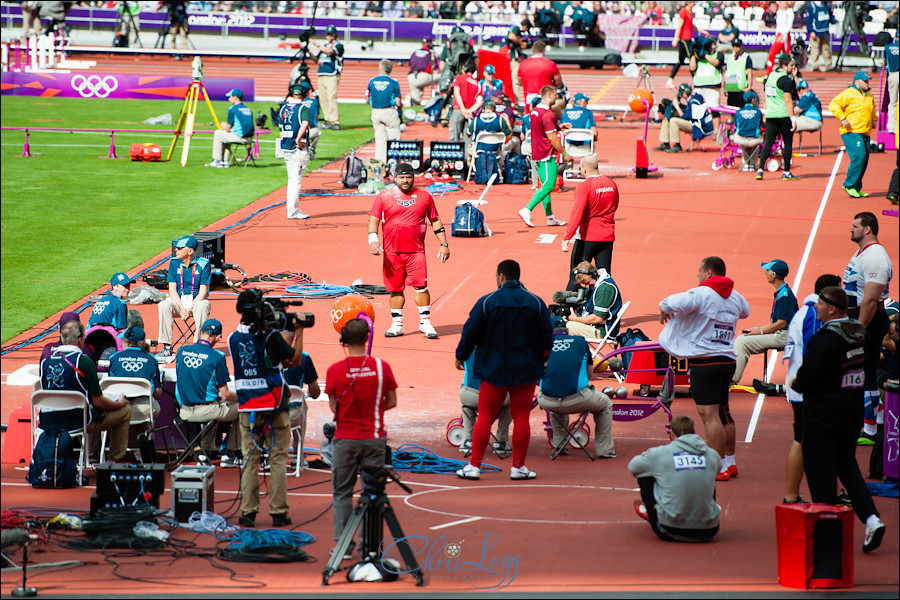 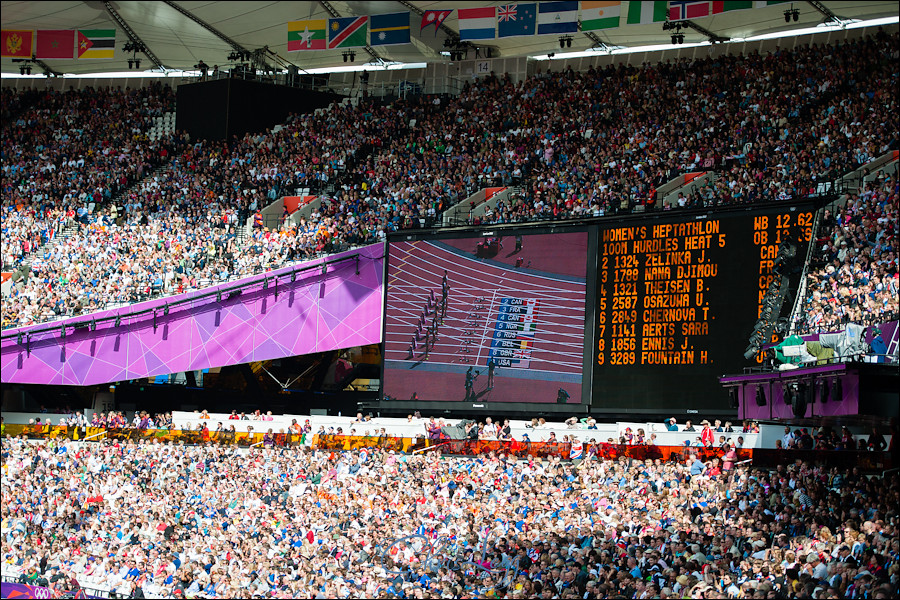 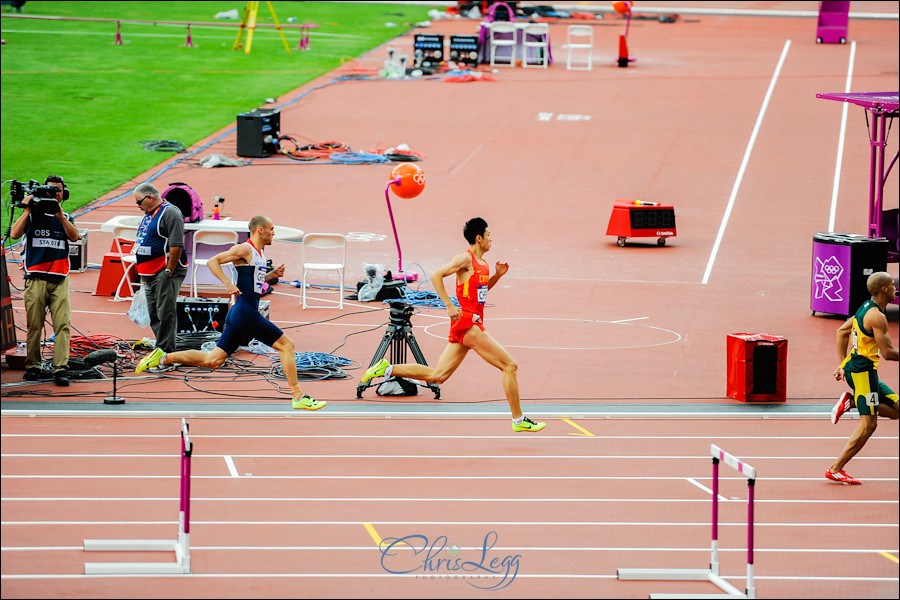 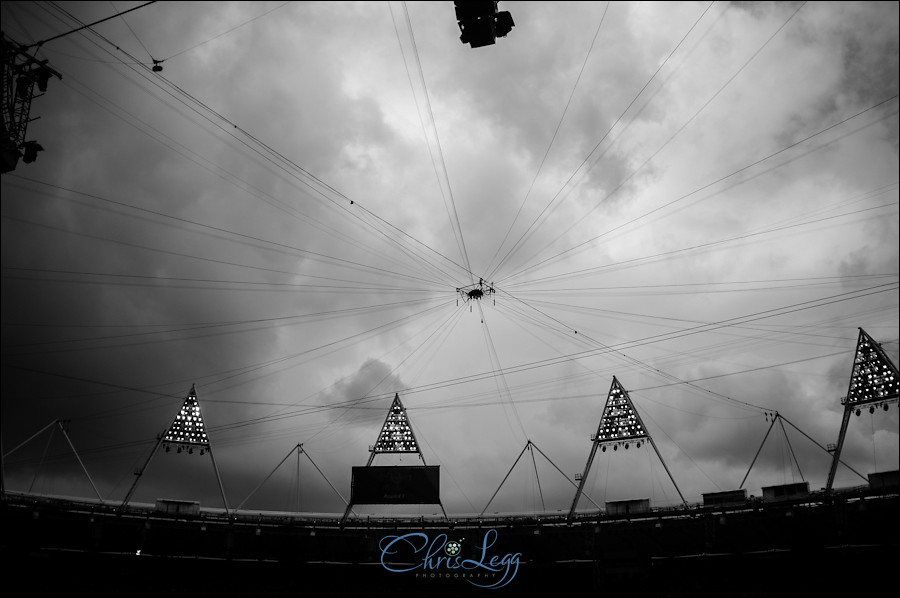 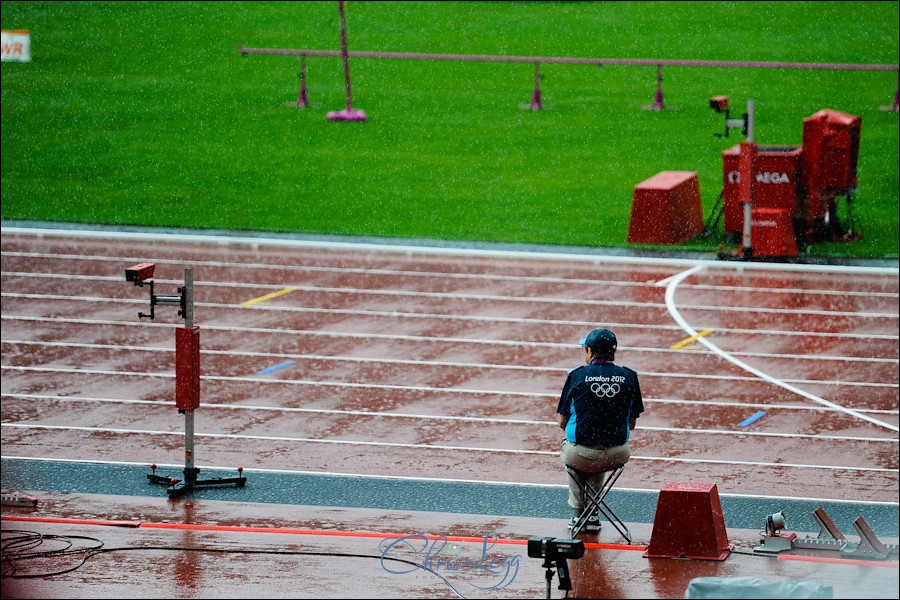 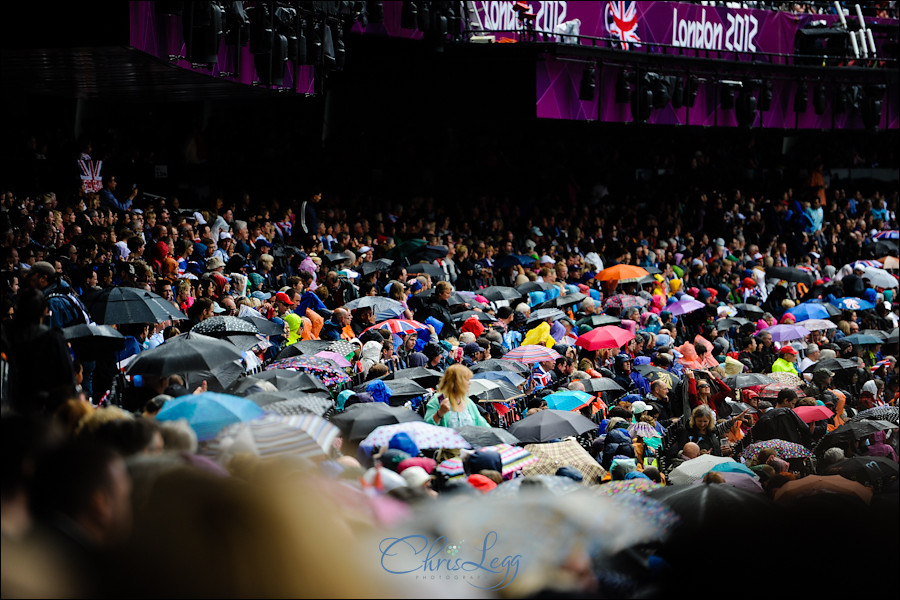 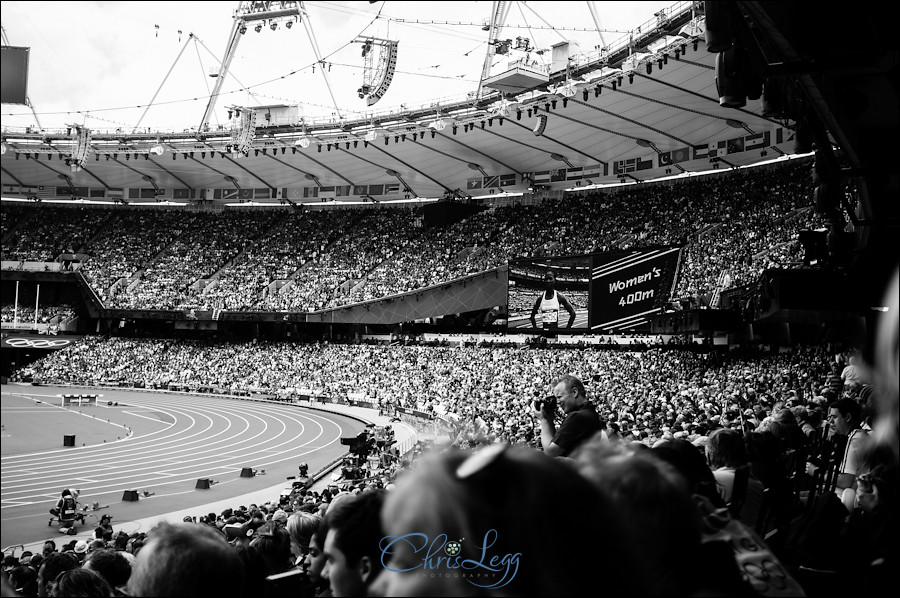 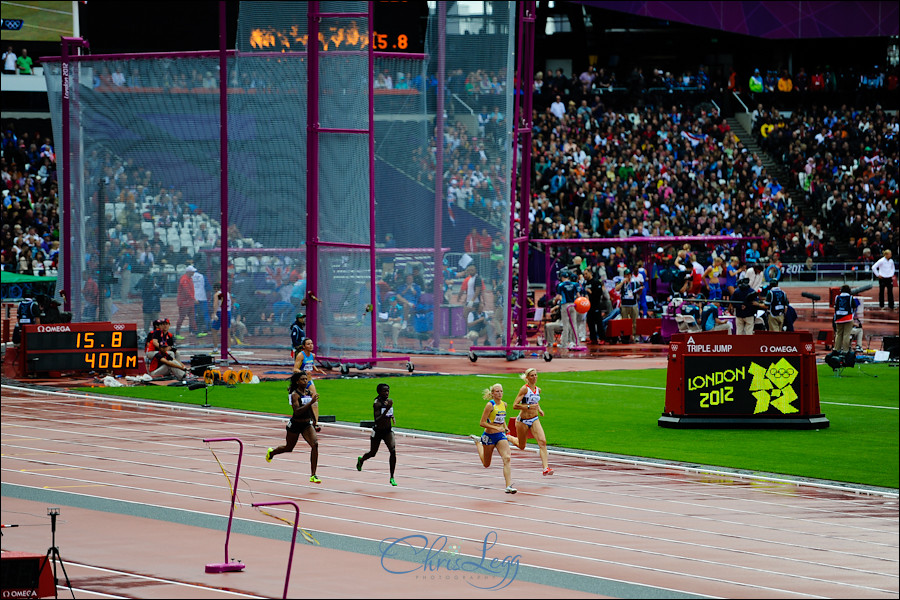 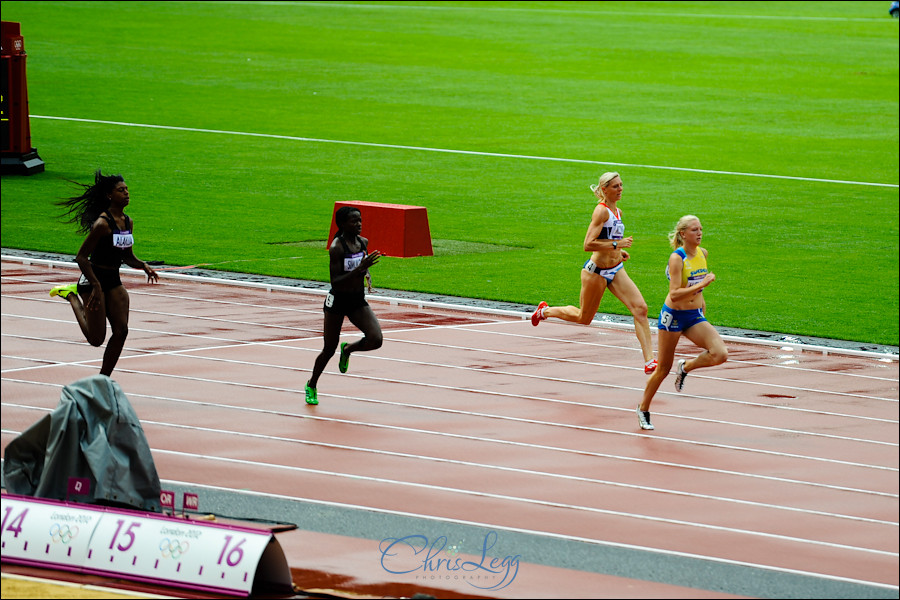 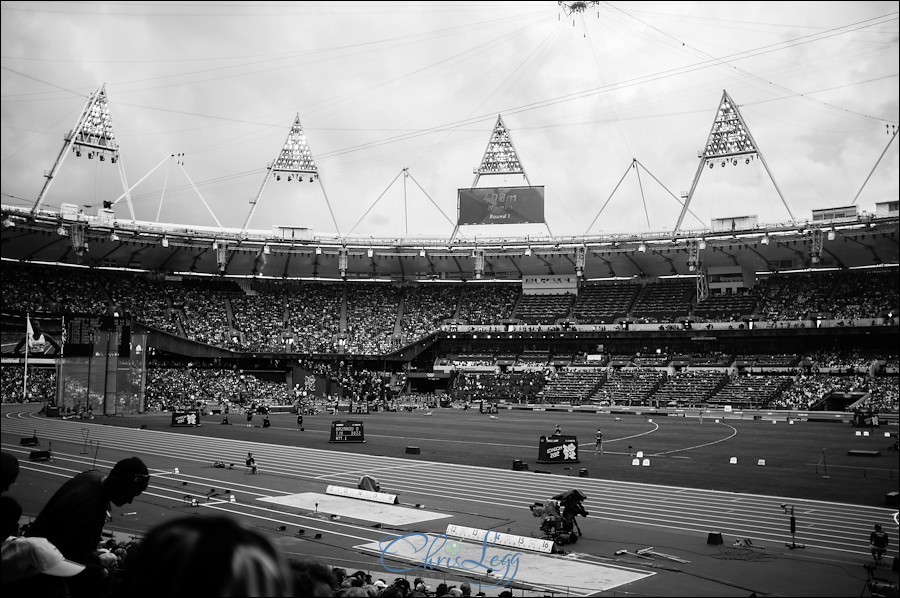 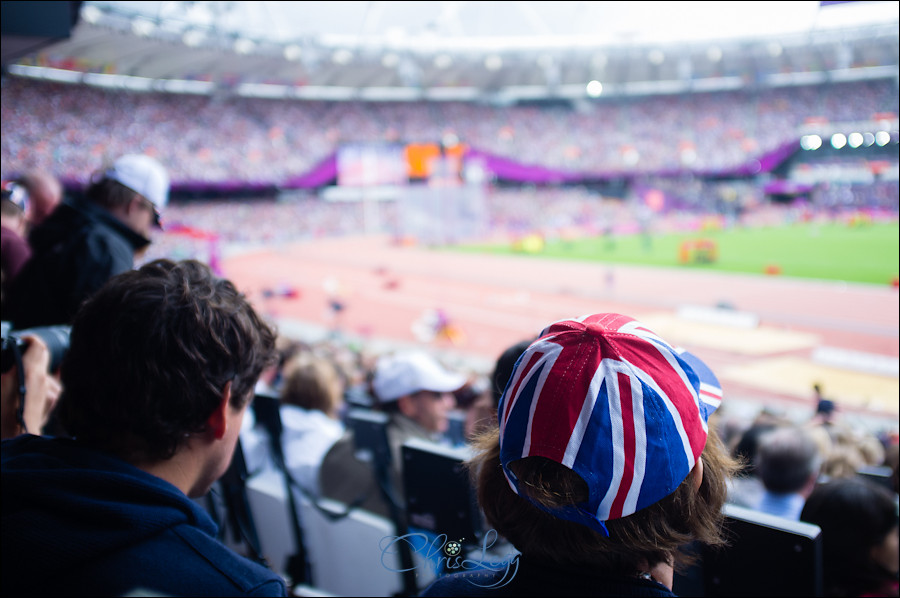 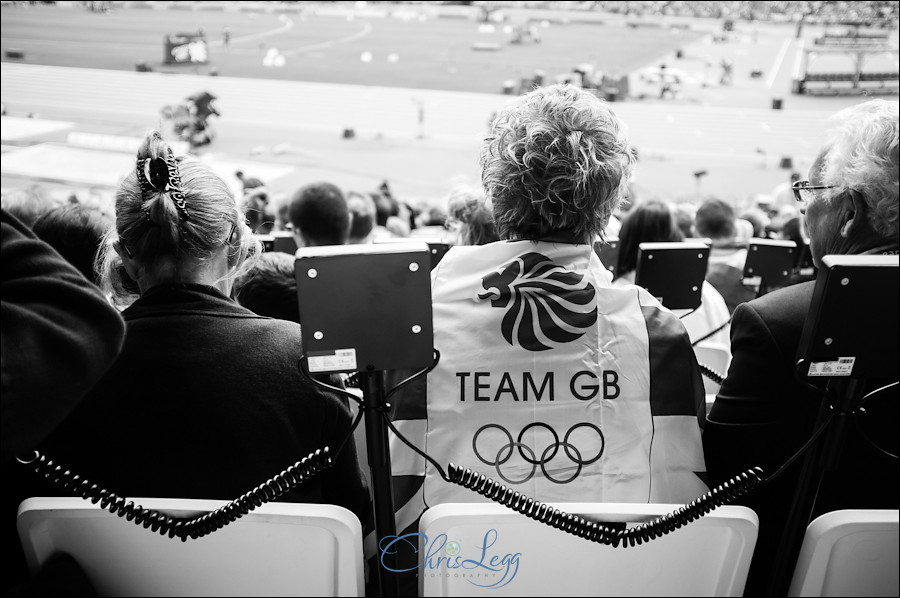 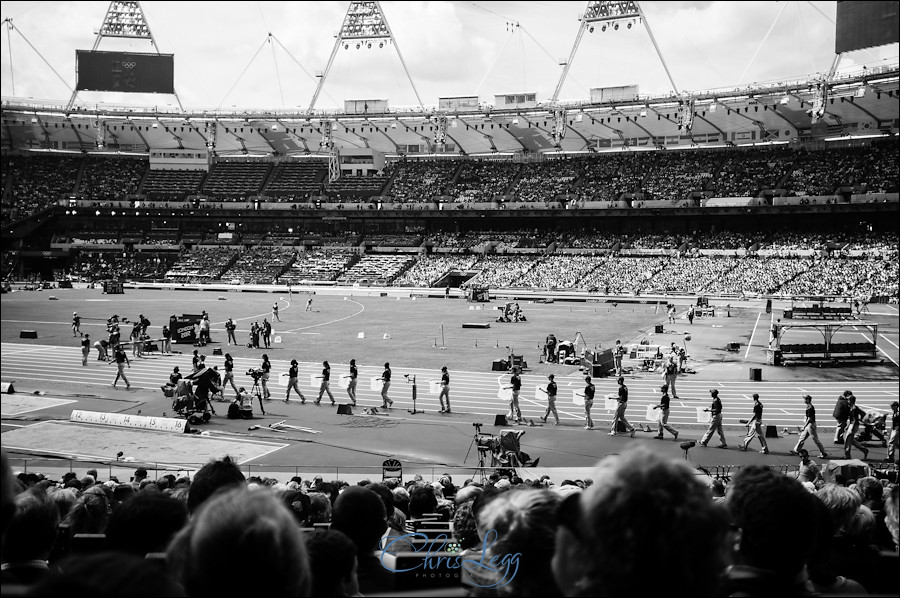 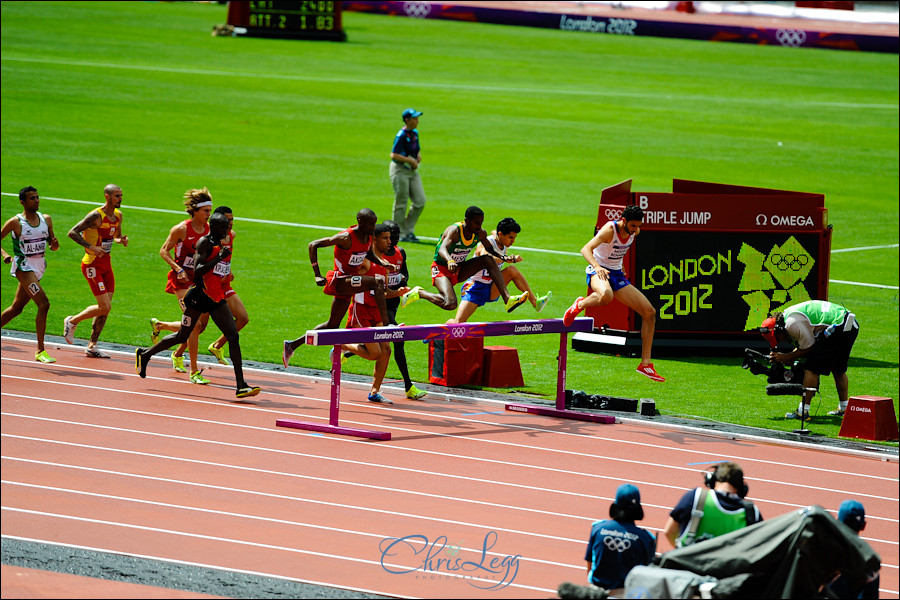 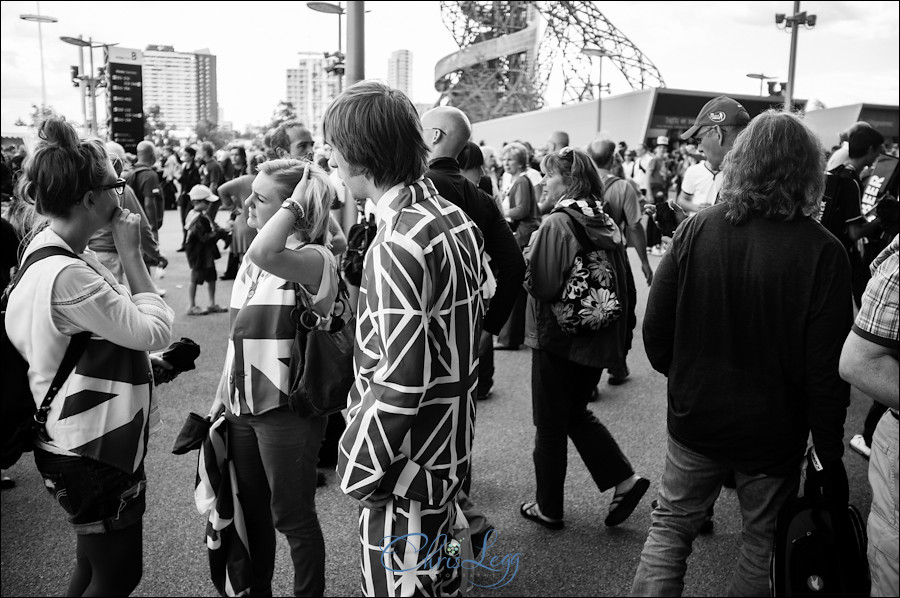 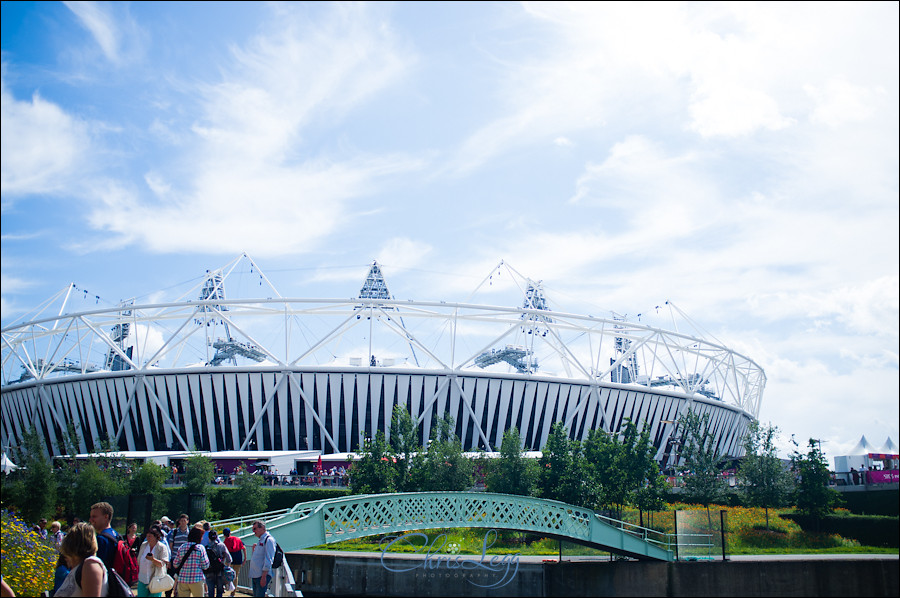 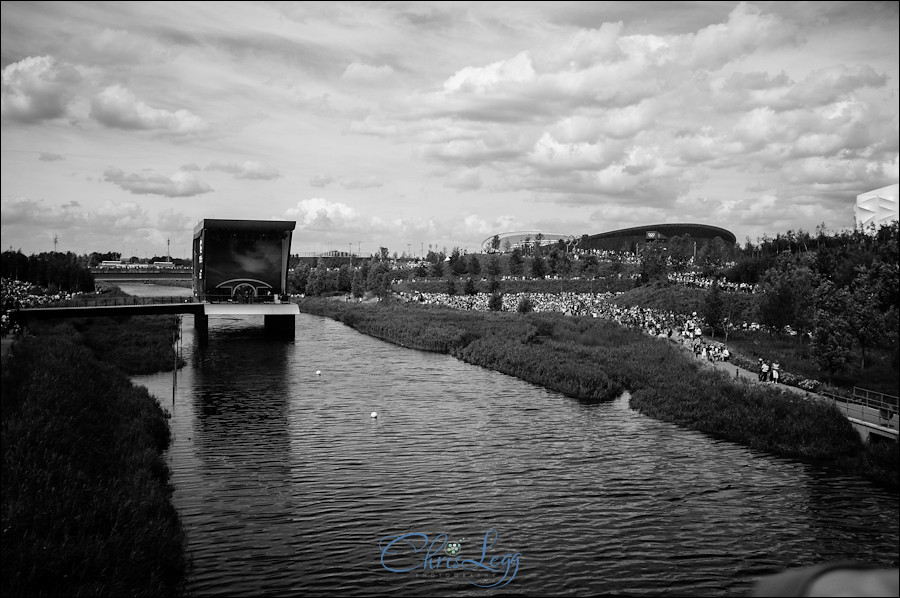 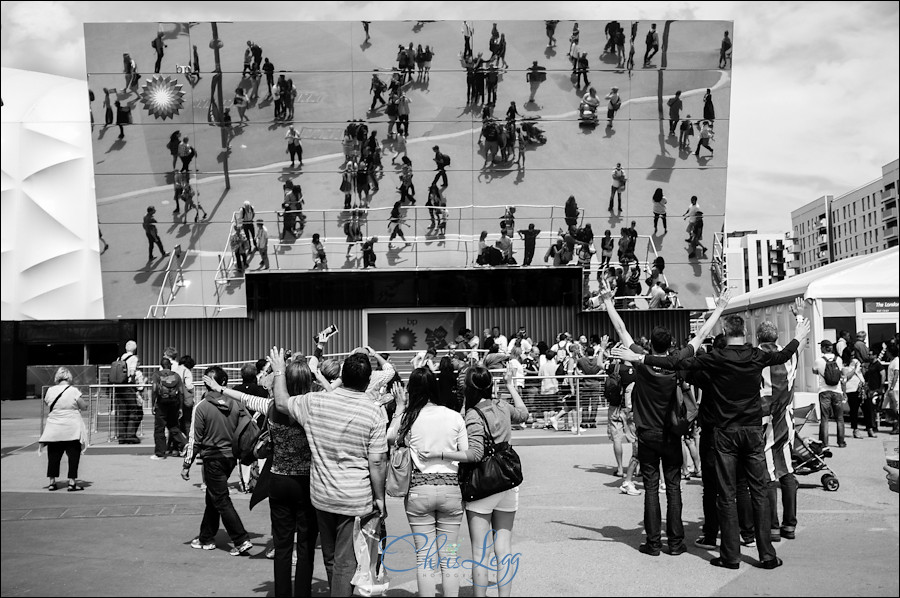 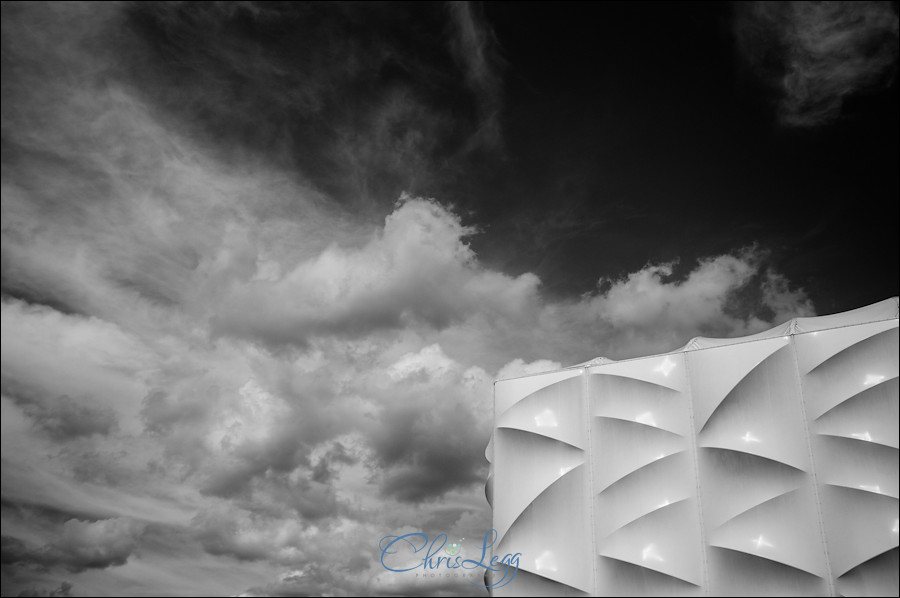 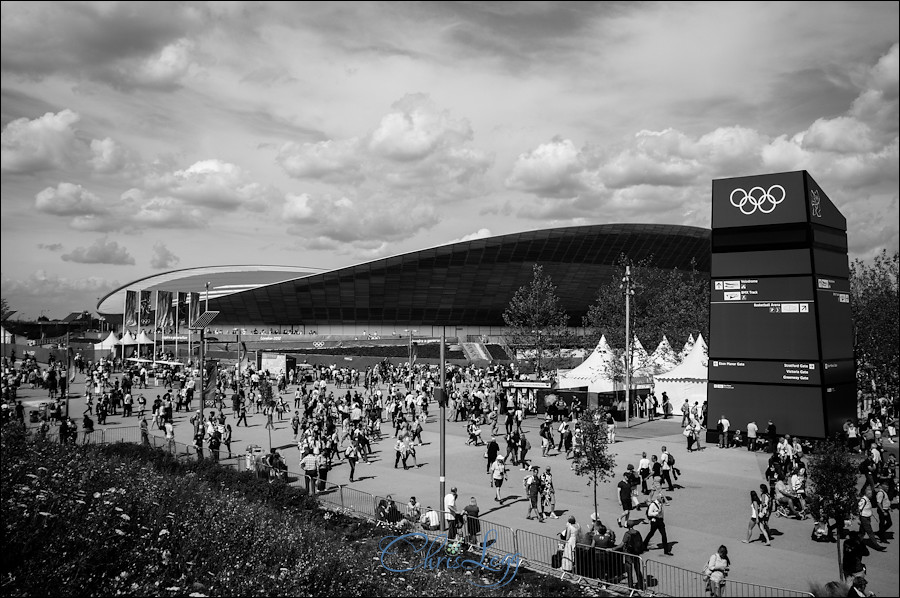